Bergen has an oceanic climate (Köppen: Cfb), with plentiful rainfall in all seasons; with intermittent snowfall during winter, but the snow usually melts quickly in the city. Average annual precipitation during 1961–90 was 2,250 mm (89 in).[30] This is because Bergen is surrounded by mountains that cause moist North Atlantic air to undergo orographic lift, yielding abundant rainfall. It rained every day from 29 October 2006 […] 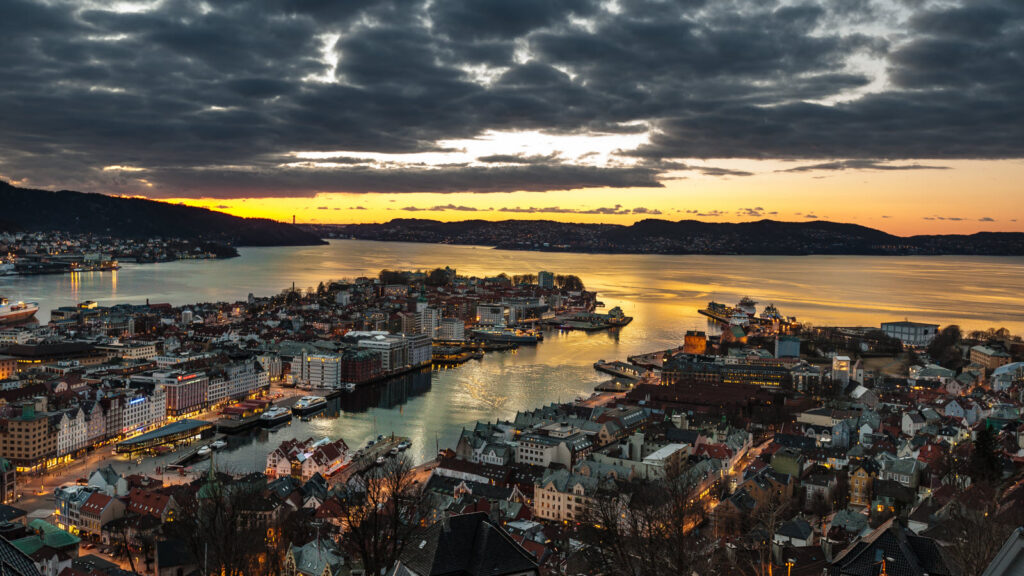 Culture and sports   Bergens Tidende (BT) and Bergensavisen (BA) are the largest newspapers, with circulations of 87,076 and 30,719 in 2006,[136] BT is a regional newspaper covering all of Vestland, while BA focuses on metropolitan Bergen. Other newspapers published in Bergen include the Christian national Dagen, with a circulation of 8.936,[136] and TradeWinds, an international shipping newspaper. Local newspapers are Fanaposten for Fana, Sydvesten for Laksevåg and Fyllingsdalen and Bygdanytt for Arna […] 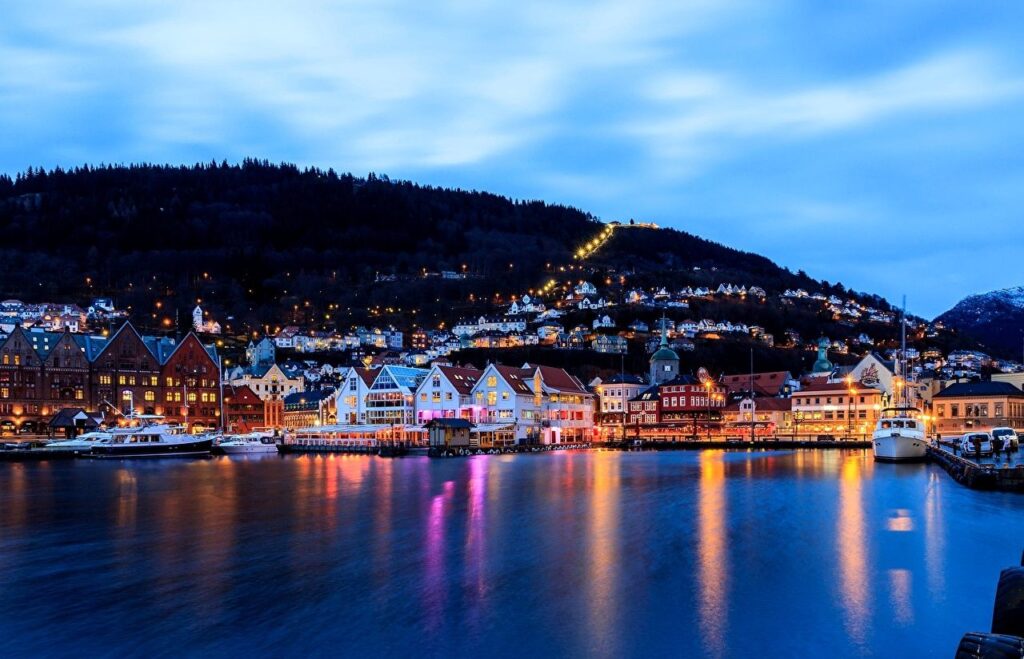